Lots and lots of digital marketing specialists have been heralding social media contests as an effective way to gain more followers in a short period of time. Most brands on Facebook or Twitter have held social media contests for this very reason. However, are these contests as good as they sound? What’s the catch? In this edition of “Prospect Genius Reviews…,” we’ll find out. 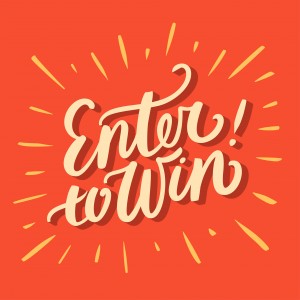 For starters, what do we mean by a “social media contest”? You’ve probably seen at least a handful of them floating around your Facebook news feed at one time or another. Companies use them as a way of attracting attention to their brand and gaining more followers in the process. A social media contest may take any of the following forms:

Of course, the contest can really be anything, as long as it’s relevant to your company’s brand. For specific examples of successful contests, take a look at this list Wishpond put together: “10 Amazing Examples of Branded Facebook Contests Done Right.”

So, how effective are social media contests when it comes to growing your fan base? And is it worth the trouble?

Well, lots of evidence suggests social media contests are measurably successful in increasing engagement and followers. According to John Clark’s recent article published on Convince & Convert, tweets about contests account for roughly 71% of the tweets with the highest engagement rates on Twitter. In other words, contests are strongly linked with higher levels of social engagement.

More importantly, brands that hold social media contests see an average increase of 34% in their followers (based on data from the Kontest app).

However, here’s an important caveat: Contests see more participation when they are uncomplicated. The less work entrants have to do, the more they’ll be willing to participate. In the case of Twitter contests, asking for re-tweets or one-word responses is a surefire way to see more engagement because it doesn’t require much effort. On Facebook, simply asking people to share a post, like a post, or leave a brief comment on a post will have similar engagement. If you ask your audience to do too much, you’re likely to see low numbers of participants.

Another factor to consider is the algorithm of whatever social media platform you’re using. Facebook and Twitter have both adopted powerful algorithms, so your contest’s organic reach may not be very strong. For example, Facebook’s algorithm tends to bury posts when they don’t get a lot of attention or engagement right out of the gate. You’ll have to work within this type of algorithm by using sponsored (i.e. paid) posts, which will get those posts in front of more eyeballs initially. This means a successful contest will require a substantial investment up top, so the results better be worth it!

Remember: All of these new followers will mean nothing for your social media presence if you don’t have a plan for what to do with them. A social media contest is effective insofar as it can get you that initial boost in engagement and followers, but it has to be part of a larger plan. Once you have those followers, you’ll need to retain them by sharing valuable content and engaging with them regularly.

Therefore, the “Prospect Genius Reviews…” verdict is mixed. Social media contests aren’t guaranteed success, especially for small businesses without a ton of followers to begin with. However, there’s a lot of potential for success if you carefully plan your contest’s theme, offer a prize your fans actually want, and don’t ask your participants to do too much.

Next time, on “Prospect Genius Reviews…,” we’ll discuss LinkedIn and whether it’s a worthwhile platform for small, local businesses.

Our passion is helping small businesses thrive. It’s why we get out of bed every day. Too many business owners are cheated and lied to every day so we see it as our duty to be a beacon of truth, a safe harbor, in an often unscrupulous industry.